The time span of Slovenia’s ‘transitions’ in this book is set for at least three quarters of one century, thus including: the origins of the communist Yugoslavia during the Second World War (1940 – 1945) and Slovenia’s double subordination to the Yugoslav Federal State and to its communist regime (1945 – 1990); the five years lasting process of Slovenian nation and constitution building, inauguration of its  modern democracy (first democratic parliamentary elections in 1990),  and constitutional declaration of independence in 1991, followed by international recognition and membership in the United Nations; social, economic, and legal transition of Slovenia as an independent state to political democracy and market economy (1990 – 2004), and integration into the European Union’s  legal and economic order (2004 – ). 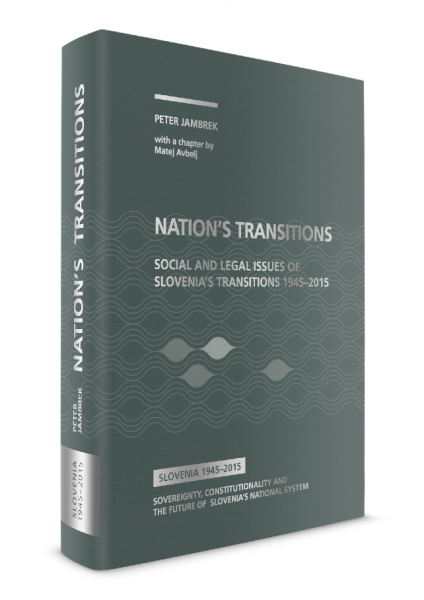